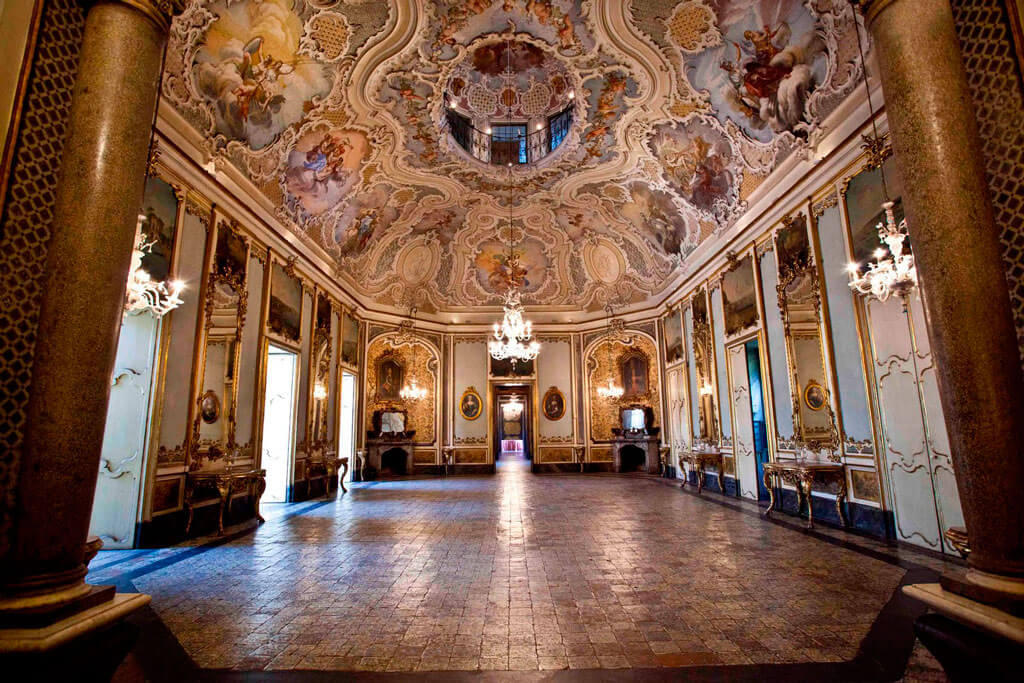 The Biscari Palace is the most important private palace in Catania. It was originally built at the behest of the princes of Biscari, the Paternò Castello family. The construction took place in the seventeenth century and for much of the next century, starting after the catastrophic earthquake of 11 January 1693. The new palace was built on the walls of Catania, built by Emperor Charles V in the sixteenth century, that had partially withstood the fury of the earthquake. The Biscari were one of the few aristocratic families of the city who obtained royal permission to build on them.