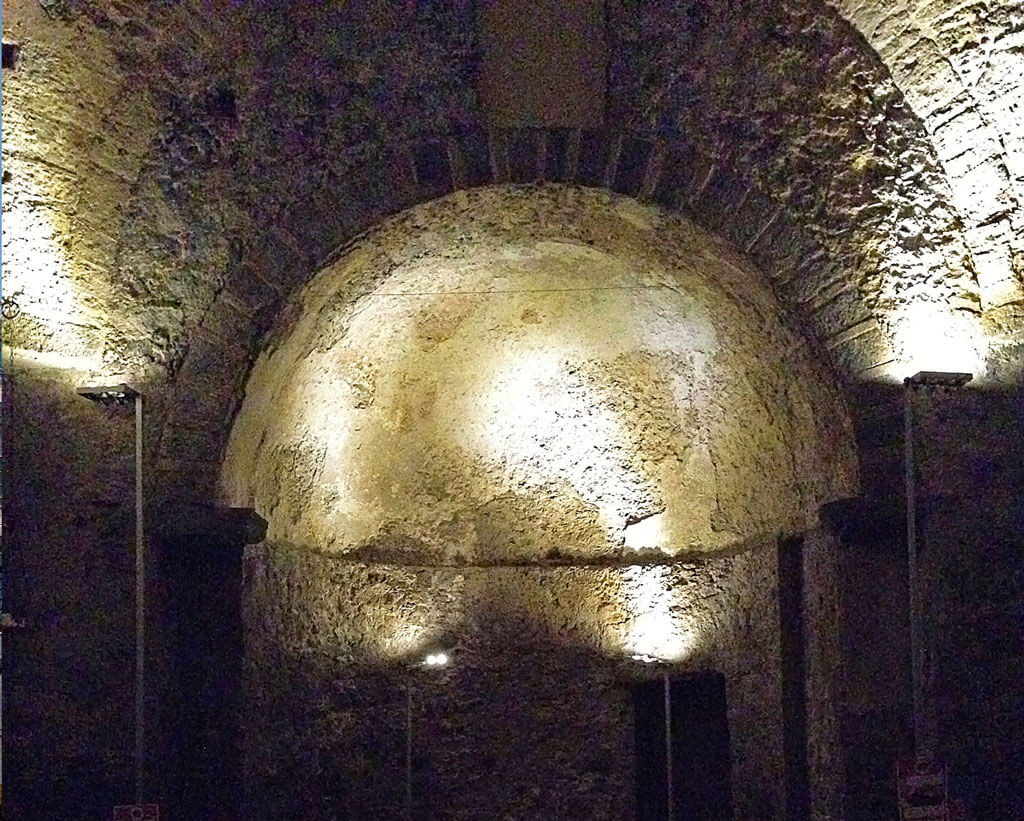 The Bonaiuto Chapel is a church of the Byzantine period in Catania, built between the sixth and ninth century A.D. and it is one of the few prominent buildings from the Byzantine era that survived in Catania. The chapel is located inside a baroque palace in the popular district of the Catanian ‘Civita’. It presents a Greek cross with a square plan, a dome and three apses in the form similar to the Byzantine ‘Cuba’ as seen in several places in Sicily. Today the Chapel resides about two meters under street level. The building, which is also enriched with medieval and fifteenth century testimonies, has managed to escape the devastation of the earthquakes that hit the city, including the devastating 1693 earthquake.

Thermal baths of the Rotonda
Scroll to top
Booking online by Hotel.BB